Corinth was a city-state on the Isthmus of Corinth, the narrow stretch of land that joins the Peloponnese to the mainland of Greece, roughly halfway between Athens and Sparta. The modern city of Corinth is located approximately 5 kilometres (3.1 mi) northeast of the ancient ruins. Since 1896, systematic archaeological investigations of the Corinth Excavations by the American School of Classical Studies at Athens have revealed large parts of the ancient city, and recent excavations conducted by the Greek Ministry of Culture have brought to light important new facets of antiquity.

For Christians, Corinth is well-known from the two letters of Saint Paul in the New Testament, First Corinthians and Second Corinthians. Corinth is also mentioned in the Book of Acts as part of the Apostle Paul's missionary travels. In addition, the second book of Pausanias' Description of Greece is devoted to Corinth.

Ancient Corinth was one of the largest and most important cities of Greece, with a population of 90,000 in 400 BC. The Romans demolished Corinth in 146 BC, built a new city in its place in 44 BC, and later made it the provincial capital of Greece. 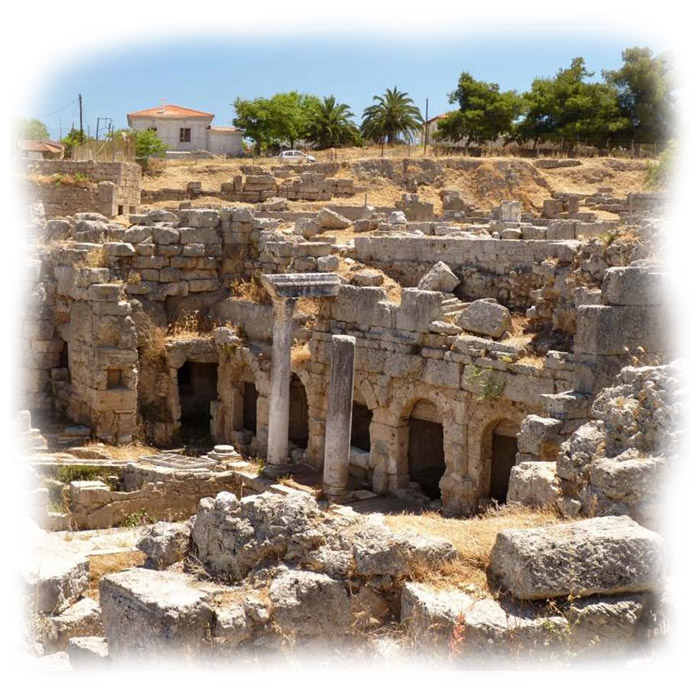 Acrocorinthis, the acropolis of ancient Corinth, is a monolithic rock that was continuously occupied from archaic times to the early 19th century. The city's archaic acropolis, already an easily defensible position due to its geomorphology, was further heavily fortified during the Byzantine Empire as it became the seat of the strategos of the Thema of Hellas. Later it was a fortress of the Franks after the Fourth Crusade, the Venetians and the Ottoman Turks. With its secure water supply, Acrocorinth's fortress was used as the last line of defense in southern Greece because it commanded the isthmus of Corinth, repelling foes from entry into the Peloponnesian peninsula. Three circuit walls formed the man-made defense of the hill. The highest peak on the site was home to a temple to Aphrodite which was Christianized as a church, and then became a mosque. The American School began excavations on it in 1929. Currently, Acrocorinth is one of the most important medieval castle sites of Greece. 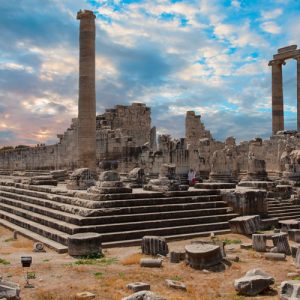 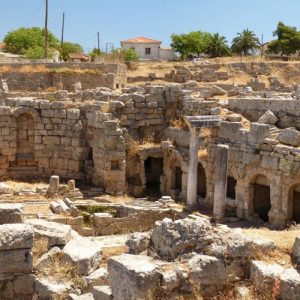 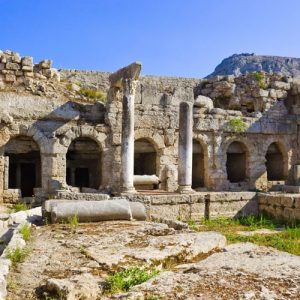 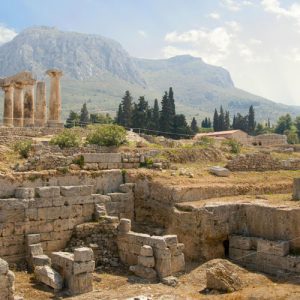 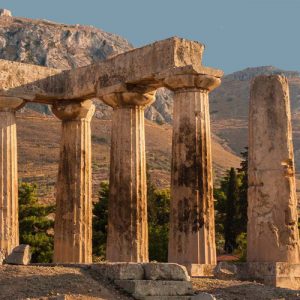