Mycenae is an archaeological site near Mykines in Argolis, north-eastern Peloponnese, Greece. It is located about 90 kilometres (56 miles) south-west of Athens; 11 kilometres (7 miles) north of Argos; and 48 kilometres (30 miles) south of Corinth. The site is 19 kilometres (12 miles) inland from the Saronic Gulf and built upon a hill rising 900 feet above sea level.

In the second millennium BC, Mycenae was one of the major centres of Greek civilization, a military stronghold which dominated much of southern Greece, Crete, the Cyclades and parts of southwest Anatolia. The period of Greek history from about 1600 BC to about 1100 BC is called Mycenaean in reference to Mycenae. At its peak in 1350 BC, the citadel and lower town had a population of 30,000 and an area of 32 hectares. 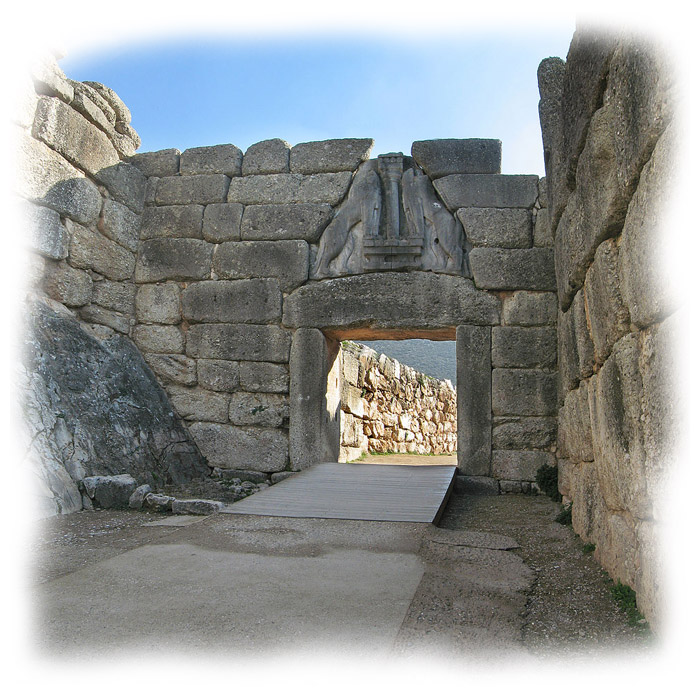 The first correct identification of Mycenae in modern literature was during a survey conducted by Francesco Grimani, commissioned by the Provveditore Generale of the Kingdom of the Morea in 1700 who used Pausanias's description of the Lion Gate to identify the ruins of Mycenae 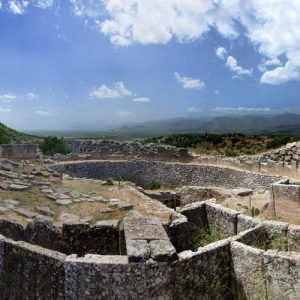 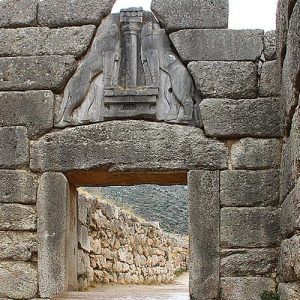 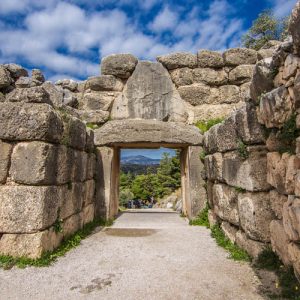 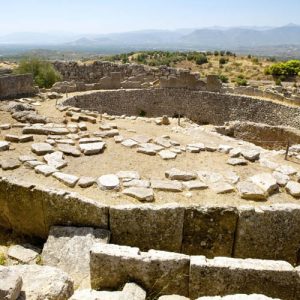 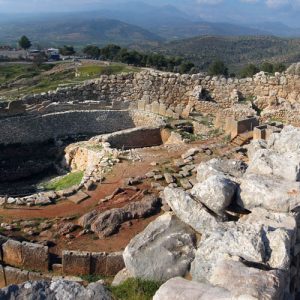